The question on your mind: is satellite pasture measuring accurate and yes it is. Read how accurate it is here where we compare to CDax, RPM's, LIC Space and PfS+.

The Pasture.io satellite pasture measuring service is both highly accurate and highly consistent too.

Let's cut to the chase:

As you can see with the numbers above, the analysis shows that Pasture.io has greater accuracy than a rising plate meter and is definitely more consistent than making grazing decisions with your eye.

Being a visual person myself, I think the following chart speaks volumes in itself, which shows Pasture.io's satellite pasture measuring in yellow against thousands and thousands of manual pasture measurements taken across numerous farms.

It's true that in the past, satellites had a bad rap in the field of pasture measuring. We're now in the twenty-first century where technology has come along in leaps and bounds.

Today, Pasture.io's satellite pasture measuring is as accurate and consistent as it ever has been, which is now giving manual and laborious methods a run for their money.

Pasture.io gets the job done with over 150 satellites that orbit earth each day. In this image, you can see the flight trajectory of these satellites as they orbit the world.

There's nothing like deep diving a bit further into the numbers for those who want to see more evidence. 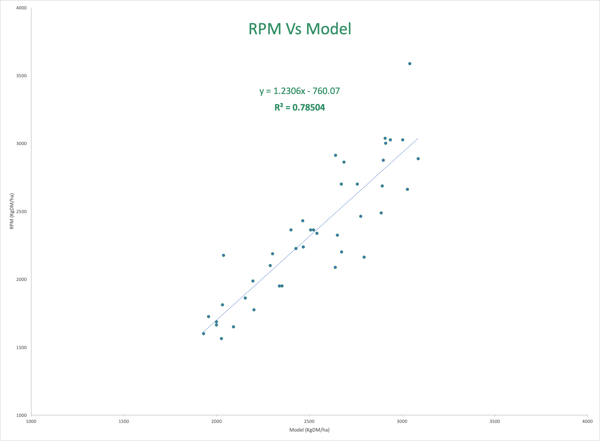 Rising plate meters are now a relic of the past. Yes, they do the job. However, they are wildly inconsistent across various terrains and have a serious amount of operator bias that can yield poor results. Not to mention the labour that is required each week.

Based on independent testing, the following are results on a New Zealand dairy farm:

Read more on the above results in this article LIC Space or Pasture.io.

LIC Space, as you can see above does not get near that of manual measurements when comparing, and won't.

Well, put simply, they deploy a different modelling technique to Pasture.io that inhibits the learning process that our models are constantly computing.

Put another way, LIC Space is much akin to Pastures from Space (PfS+) and the modelling that has been used to predict pasture covers mainly with satellite images alone.